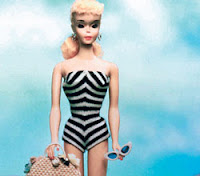 Oh, dear. Barbie is having another celebration tonight as she continues on into her 50th year.

Tonight she's holding a Birthday Beauty Padeant, where participants are asked to dress up like your favorite Barbie and strut your stuff. The winner has a chance to be crowned Miss Barbie 2009[who knew].

There will also be Malibu Barbie cocktails, birthday cake, trivia and hopefully some kens.
at 12:27 PM 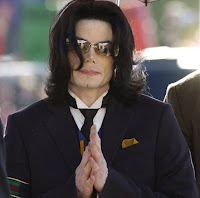 An auction had been set for march 19 at the Santa Barbara Country courthouse. Michael left Neverland in 2005 after being found not guilty of child molestation charges. He reportedly owes more than $24 million on the Estate.
at 12:08 PM 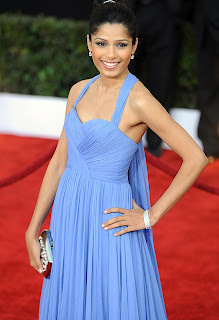 "Slumdog Millionaire" actress Freida Pinto has reportedly landed herself a deal as the fact of cosmetics giant Estee Lauder. The 24-years old hit the Hollywood jackpot after being a part of "slumdog Millionaire", which bagged eight Oscars, seven BAFTAs and four Golden Globes.

The reports comes fewdays after veteran director Woody Allen signed her to star in his upcoming film. Freida was previously said to have Kate Winslet's LA agent on her speed dial while boasting of being in touch with the top actress Angelina Jolie.

And now, she is said to have bagged a six-figure sum to be the face of the company's future endorsements, reports the Daily Star. The Mumbaiker, who is in talks over a $20,000 million deal, will go on to become the brand's first Asain spokeswoman, the newspaper says. Previous Estee Lauder ambassadors have included Liz Hurley and Gwyneth Paltrow.
at 10:13 AM

The Associated Press Tuesday quoted the U.S.Major League's players union as saying that soccer star David Beckham tops Major League Soccer's salary list at $6.5 million. The British player, who will remain on loan from Los Angeles Galaxy to AC Milan until May, will receive 43 times as much as the average of MLS players, which rose 14 percent to US$147,945 From last Season.

Email ThisBlogThis!Share to TwitterShare to FacebookShare to Pinterest
Labels: Sports 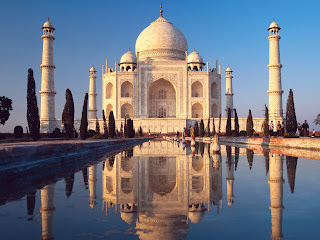 Taj Mahal of India-"The Epitome of Love", "a monument of immeasurable beauty". the beauty of this magnificent monument is such that it is beyond the scope of words. The thoughts that come into the mind while watching the Tajmahal of Agra is not just its phenomenal beauty, but the immense love which was the reason behind its construction. Mughal Emperor Shah Jahan got this monument constructed in the memory of hes beloved wife Mumtaz Mahal, with whom he fell in love at the first sight. This very first sight of the Tajmahal, the epitome of love and romance leaves one Mesmerized.

standing majestically on the banks of river Yamuna, the Taj mahal is synonymous with love and romance. It is believed that he name of TAJMAHAL was derived from the name of Shah Jahan wife Mumtaz Mahal and means "CROWN PALACE".

The purity of the white marble, the exquisite ornamentation, precious gemstones used and its picturesque location, all make Taj Mahal Travel gain a place amongst the most popular ones.
at 4:01 PM

Email ThisBlogThis!Share to TwitterShare to FacebookShare to Pinterest
Labels: General

My Driving experience, when i learn how to drive the Car. My instructor asked me to hop into the driver's seat and i told him that this is the very first time I will be driving a car. I got very nervous. My instructor name is john. He assured me that there's nothing to worry. I thought very difficult to learn. But he gave a good place to drive first. The car has a extra set of clutch and brake pedals near his feet. All I did on the first day was to control the steering and the car was going real slow, in the first gear. It's not easy to judge where the left side of the car is and how far/close it is to the kerb. But i had very confidence to learn with in a short period.


Perhaps I felt to because of lack of a left rear view mirror. John adjusted the steering and in the other times asked me to steer left or right when necessary. My instructor gave many instructions when i drive. The instructions helps to drive the car without nervous. 15 days are more than enough. car driving is not a big deal. Don't buy a used car just because you are learning to drive and you might risk a new car.

Email ThisBlogThis!Share to TwitterShare to FacebookShare to Pinterest
Labels: Travel